I have a confession to make: I compose blog posts in my head. All the time. Because, let's be honest, it's all I feel I have time to do. Somehow having TWO kids instead of one has sapped seemingly every last minute of my free time. I know that's an exaggeration and I'm sure I could somehow squeeze in more of what I want to do but I cannot seem to manage it right now and so I'm left with imagining doing things.

Somehow, my daily life seems more, er, blogworthy (for lack of a better word) when I imagine my meals in photo collages, my outfits laid out on a white background, describing in an expert tone my daily routine for getting ready in the morning with a 1 year old nagging me (making it sound like I actually do that, er, daily). I imagined post after post, filled with glorious images and hilarious accounts of our messy but actually quite fun life. But as for many things in life, thinking is not the same as doing and so, it seemed it was time to actually write something. And as for so many things in life, things sounded easier and better in my head, but on I forge.

One thing I actually did (rather than just think about) was to dust off our good (as in DSLR) camera and take some better photos. So get ready for a blast of photos from our recent adventures... NOW. 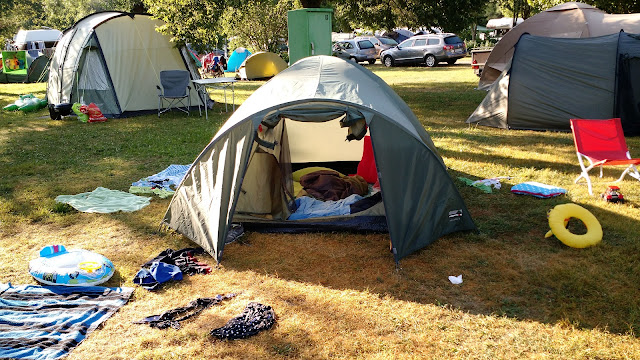 We went camping! The ground was hard and the night was long but really, what night isn't these days? It was hilariously fun and adventurous. Also, the beach at Starnberger See was really spectacular. 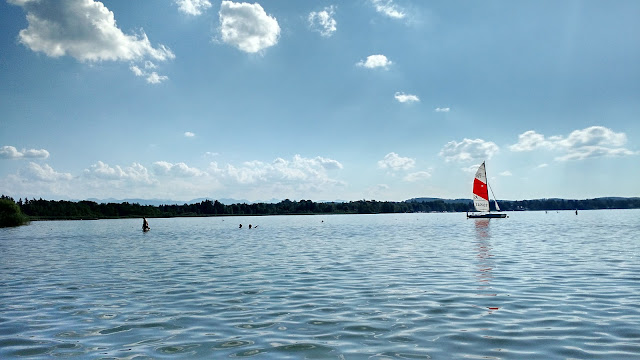 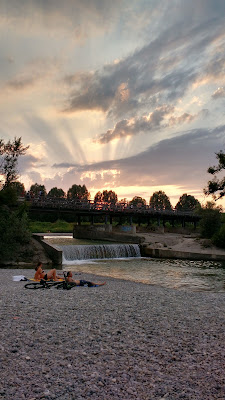 We spent an evening at the Isar, having an amazing picnic and then the sun set and then I took this shot. Wow, Munich, just wow. 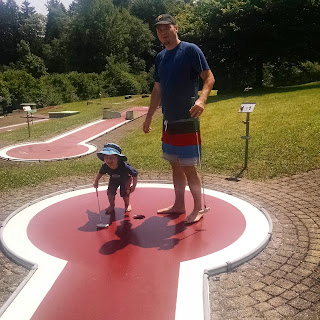 We celebrated our 5th anniversary in Buchenberg and Charlie played mini golf.

Are you still reading? While writing this post I realized that each of these adventures should have their own post and there are more and also why the heck can't I access my google photos from GOOGLE'S OWN blogger and all kinds of other things. So I nearly deleted this whole post but really, I finally blogged again so I am just going to hit publish and continue on. I hope we will see more of each other, soon!

Kudos to you Emily for getting this post out...and that photo of the Isar!!!! I mean wow!