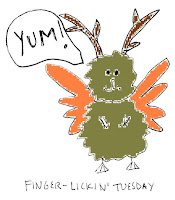 As part of my new "blog structure update" I will now be posting, as part of my "finger-licking tuesdays" a recipe or delicious food experience weekly.

We expats sure don't have it easy when it comes to watching events live on TV. I still have a headache when I think of my day of work after the election, having stayed up until 6am to watch the acceptance speech. The Steelers big win at home against the Ravens on Sunday night kept me up until 3:30, and I fell asleep before the end (shame on me). The Superbowl will be a long one as well (HERE WE GO STEELERS!). But this time, we lucked out. I'll be heading home from work today at 4pm just in time to whip up a batch of Chili and settle onto the couch for an evening of patriotic pride (finally).

We'll start with the shopping, something we expats all know isn't an easy task for American recipes. The veggies should be no problem, the kidney beans either. I'll have to fudge the spices a bit (I could probably find everything, but I'm not sure I want to buy it all…), ground meat, tomatoes… looks like we're in the clear. The cheddar cheese might break the bank, but I'm sure a nice emmentaler would taste great too. Now it's time to go shopping! 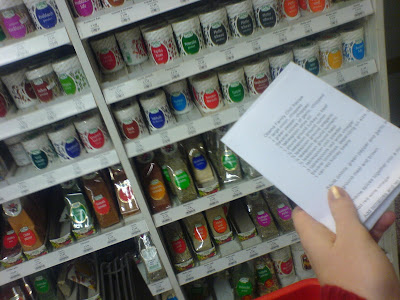 Combine spices together into a mixture, then add to ground meat.

Add tomatoes and let simmer, until tomatoes cook down.

Add kidney beans and cook for a few more minutes. 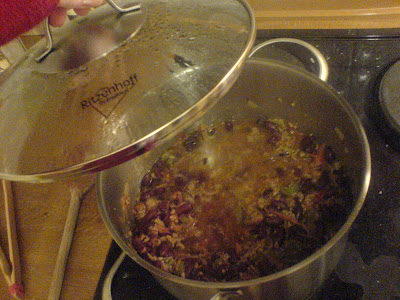 
All the cooking went on during the ceremony. I seeded peppers during the vice presidential oath, and during the presidential oath, I, appropriately, cut onions. My tears were plentiful, to say the least. During the speech I quickly browned the meat and threw in the tomatoes, spices and vinegar and then I ran to the sofa to let myself be swept up in the tone and cheers of history.

The Chili was a hit, served with Fresh Whiskey Sours, and I am so happy that the Bush years are over and a new time has begun. Cheers! 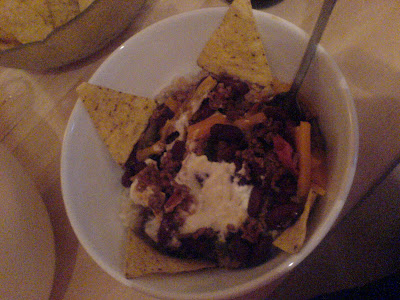 Posted by Wedding Diplomat at 3:26 PM