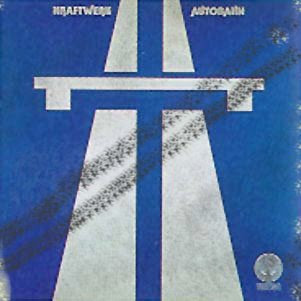 Germans love their autobahn. They like to drive fast, and the rules of the road are followed so strictly that drivers don't expect the unexpected. The roads are cleaned, the signs are repaired, all the lines are visible, and potholes are nonexistant-- hitting one at 220km/h would be a pretty big jolt.

Of course, even Germans know that not everything runs perfectly all the time. That's why the radio stations and their traffic programs are so crucial. Concerned drivers are provided with locations of the biggest traffic jams, construction sites and even speed traps. But my favorite section of all in German radio traffic programming is what I call "What's lying on the road."

Usually, the items are run of the mill things like tree branches, tires, hubcaps--there are also the occasional reports of people walking on the highway, accidents and construction vehicles. But often there are a few more exotic objects in the mix: rubber mattresses, couches, a family of geese walking along the side. These earn a prime spot each half hour in the traffic report--their exact location is relayed to the entire state of Bavaria.

This always made me laugh. The Germans say to me "but it would be very dangerous to drive if you didn't know that these things were on the road!" I usually chuckle and say "if they tried to report irregularities on america's highways the traffic reports would take hours"

So each evening while making dinner I flip on the radio, anxious to hear what's lying out there today.. I picture these objects, these people, those duck families, perched on the edge of the road while traffic whizzes by. Maybe there are even a few sightseers who hear the reports and take an extra trip to check out that abandoned pole lamp. Maybe these object sightseers cause their own traffic jams!

Today I listened to the radio report as always while filling out my christmas cards. The reporter whizzed through the traffic facts, the list of speed traps, the various construction detours, and finally arrived at the juiciest fact: lying on highway A6 near exit 4, albiet a bit early in the season--is a christmas tree.
Posted by Wedding Diplomat at 10:33 PM